The University of Surrey Men’s Football club are unable to move up a league without having a set of dugouts – Please help us change that!

The University of Surrey Football Club CANNOT gain promotion without a pair of dugouts. Help us change that! 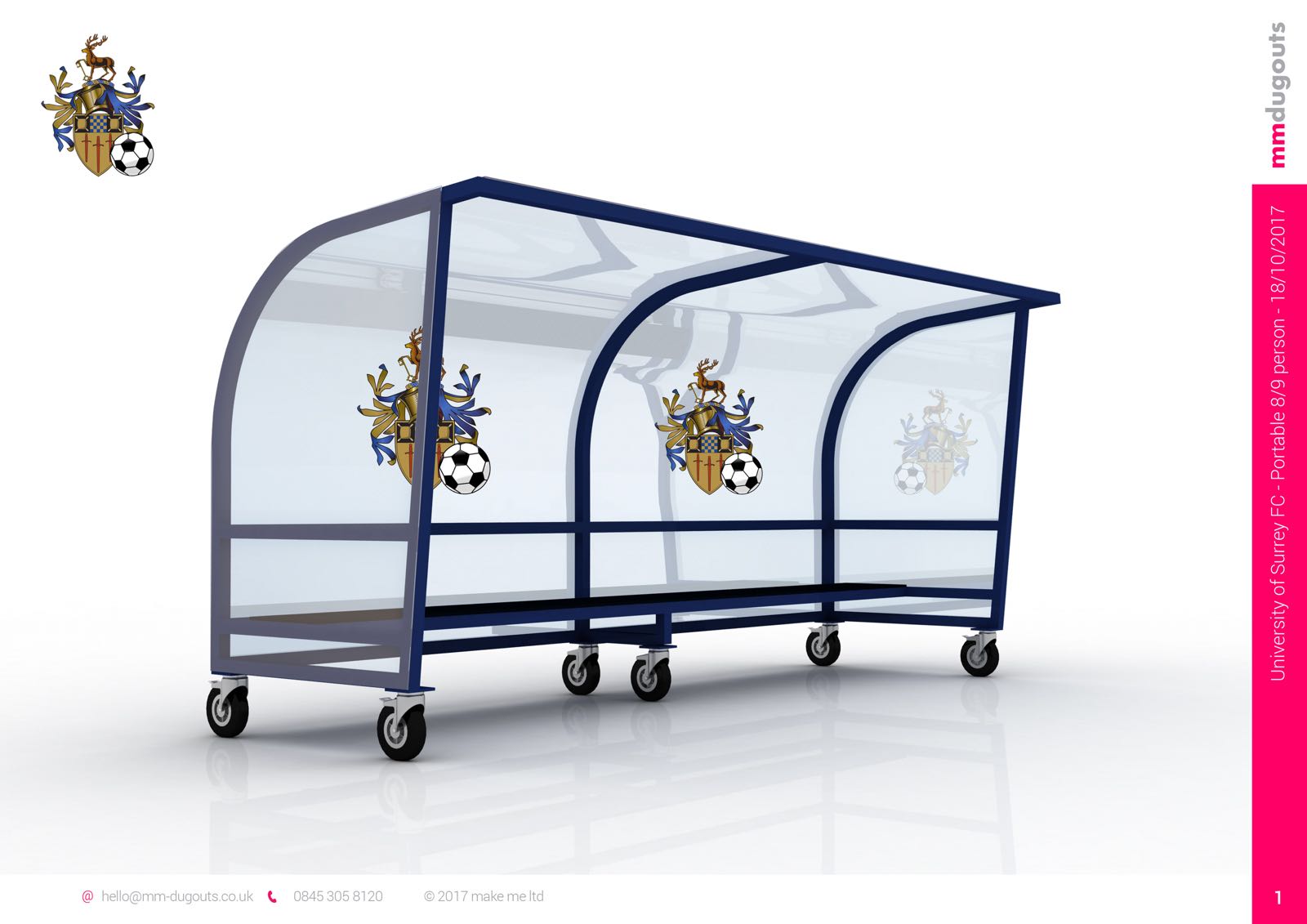 As the cold month’s approach, we don’t want the future Messi’s and Ronaldo’s of Team Surrey stuck in the bleak pouring rain when they could be in their warm dugout!

(The struggles Team Surrey will endure with no dugouts)

We hope to raise  £3000 (& hopefully £6000) to purchase a pair of high-quality portable dugouts. These dugouts will not only be of used by the football team alone but by other Team Surrey clubs. Hence, offering our Team Surrey players a better (and dryer) experience playing sports during their time at University.

Have a look at all those amazing rewards ———->

The University of Surrey FC first team plays in the Surrey County Intermediate League (Western) – a mouthful we know. However, this should no longer be the case as last season our team played superbly in that league. In the last game of the season, they just needed a win or a draw to BE CHAMPIONS! Sadly, that game ended with a very narrow 1-0 loss – the team was heartbroken!!

Not only did the team have to bear the disappointment of letting the league slip away but they were also not allowed to gain the promotion they thoroughly worked hard for – adding insult to injury!!

But with your support, we can assure our players that this won’t happen again and if they DIG IN deep every week, DUG OUTS won’t be an issue. 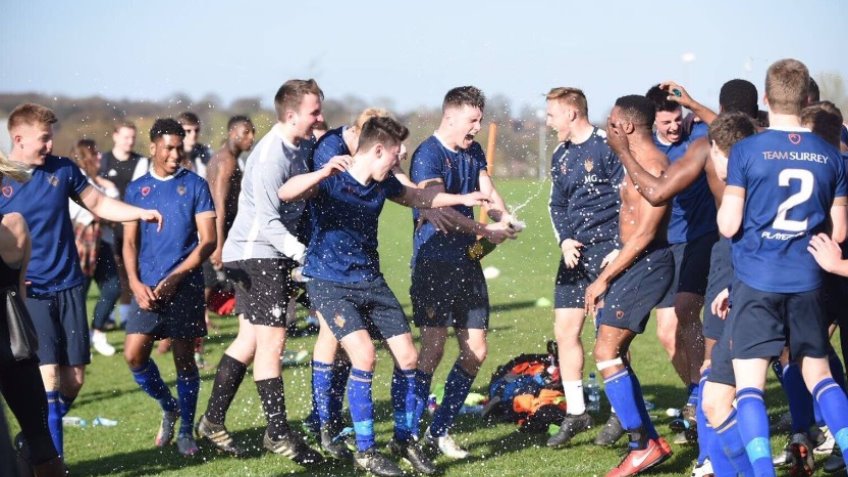 OUR CELEBRATION LACK THE PROMOTION WE DESERVE – YOU CAN HELP US CHANGE THAT!

This project won with 200 supporters